Our happy ever after story this week is written by Carolyn about Rupert! 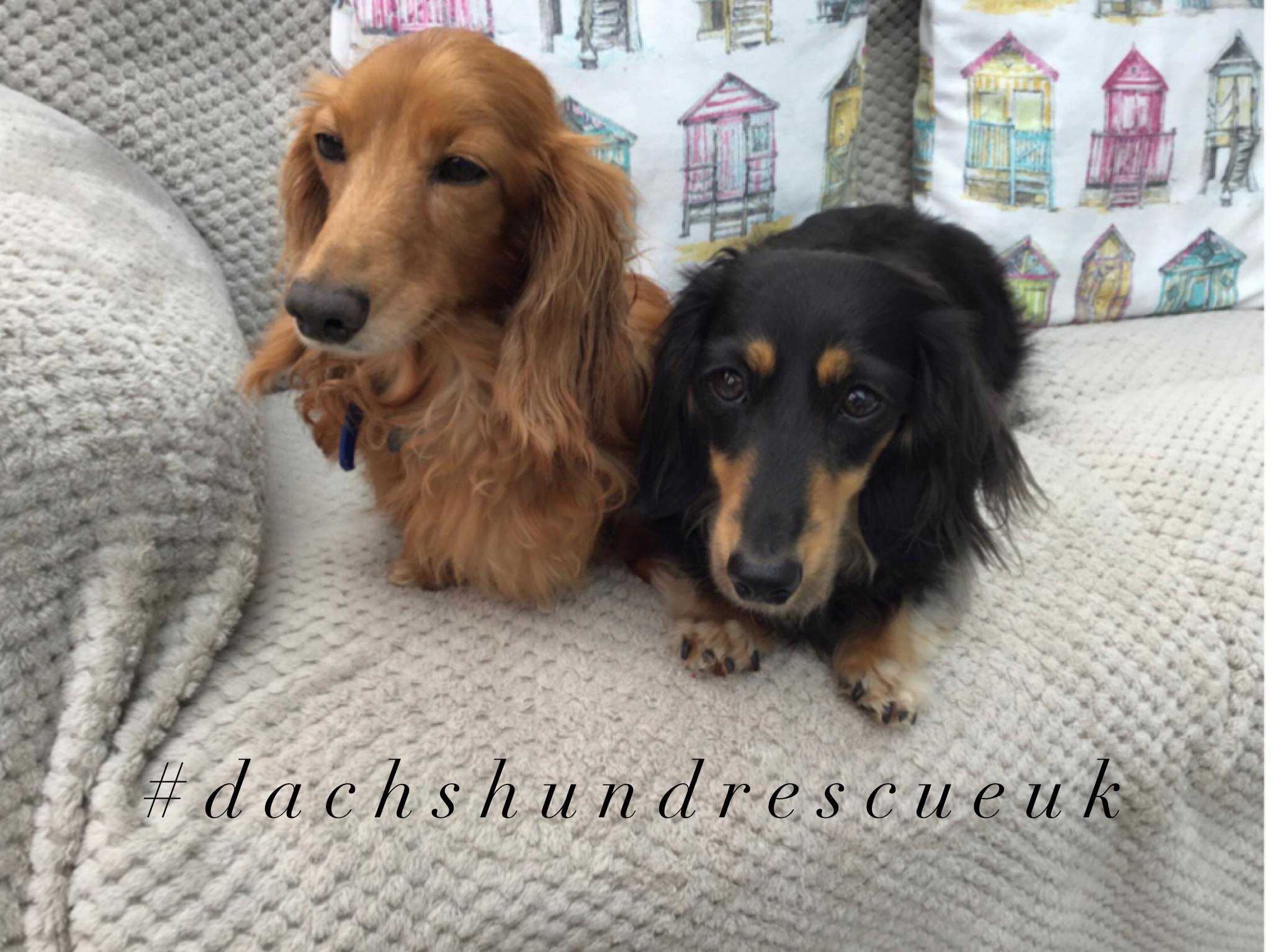 A late afternoon in June an extra ray of sunshine 4pawed his way into my home. For several months I had been toying with the idea of getting a “friend” for my little 3year old dachshund Flora and with the valued help and support of Sue from Dachshund Rescue I found Rupert...or did he find me?

He is an 8 year old red mini long that endeared himself to Flora from the word go. We have only had one small ‘spat’ when on the second day she decided to put her head in his dinner bowl – perhaps not the most sensible thing to do - but now, a few weeks down the line he allows her to do that... providing he has finished his meal first!

He is the most affectionate little dog who loves his toys. He has taken control of the toy box with the exception of Flora’s favourite, a white lamb and where he is concerned that is definitely off limits.

Sadly Rupert needed a lot of dental work which resulted in him losing all his teeth. However, I need not have worried for he is coping well with his kibble soaked and apparently his gums will harden as they heal. His ears were in need of attention too but 8 weeks down the line he is now all sorted.

We have a little way to go with his nervousness when meeting strangers and coping with new experiences; his pet hate is dogs which come bounding up to him! He likes the courtesy of a gentle introduction and then the tail wags and friends are made.

And so Dachshund lovers I leave you with a beautiful quote from Queen Victoria who said....”Nothing will turn a man’s home into a castle more quickly and effectively than a dachshund”... I bet I am not the only person out there in a 3 bed, semi detached castle...

Love from Rupert, Flora, his custodian Carolyn and all of us at Dachshund Rescue.